A history making season for Adelaide United Women as they made the finals for the first time in their history. It was somewhat frustating for Natasha due to Covid. 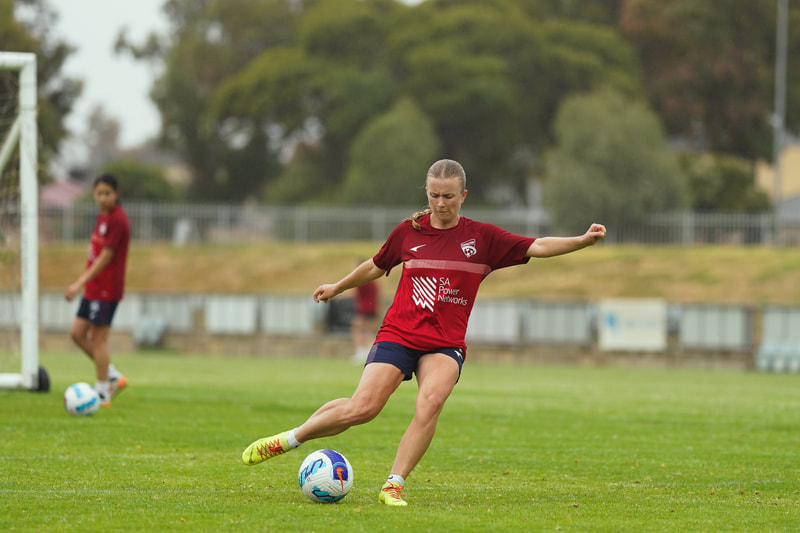 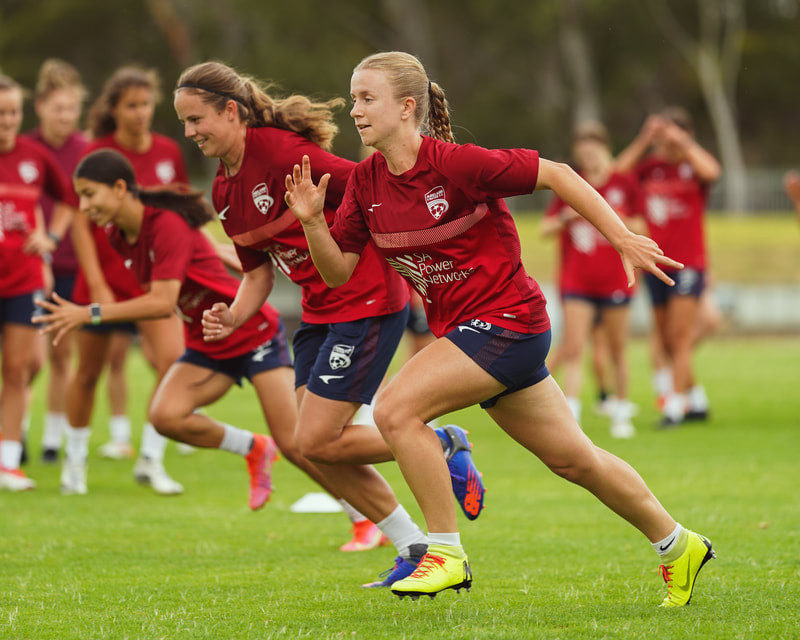 Natasha's first season playing women's first division was in the strong league of Holland's Eredivisie Vrouwen. Her results were absolutely amazing! You have to watch the short videos below.

A-League Women
After a cracking season with VV Alkmaar in Holland Natasha accepted an opportunity to play with Adelaide United in the premier league ofher native country. Natasha takes with her years of European football experience and amazing results from her first professional season in Holland.

WOW!!!
Now Season 2018/19 and Natasha is again invited back to Australia to trial for the Australian U19 team. Another great experience for her as she is more familiar with the travel, the camp and the environment. Natasha had a great time but left the camp somewhat puzzled as the emphasis within camp was to play like the great FC Barcelona however the training and game play was not anything resembling FC Barcelona´s playing style and Natasha has very good knowledge in this area as she has trained with FC Barcelona and played against FC Barcelona many times. Not only wasn´t the training like FC Barcelona but as a player who lives in Barcelona with alot of first hand experience relative to FC Barcelona´s playing style, she wasn´t even asked one question in relation to FC Barcelona´s football style🤔😕.  However, Natasha took alot of positives from the camp to improve her game and returns to Barcelona to play some very difficult games against the likes of Reus, RCD Espanyol and Fontsanta.
26/09/2018
She is phenomenal!!! After an incredible battle against the mighty FC Barcelona and a history making 0-0 result for Natasha's club in which Natasha did an amazing 11km in an 80 minute game, Natasha's coach commented how he thought Natasha's performance was phenomenal as she had run sooooo much in the game and had defended like crazy and in the 75th minute she was still sprinting forward to create attacks against the FC Barcelona defence. To put the distance into perspective, most professional male football players don't travel over 11km  in a 90 minute. To extrapolate Natasha's distance to a 90min game would equate to traveling 13km. These types of distances are extremely rare in football and unheard of for 17 year old female football players.

WOW!!!
Season 2016/17 finished with the pinnacle of opportunities and recognition for Natasha as she was invited into training camp for her National team,  Australia. Natasha came out of the National training camp absolutely pumped and buzzing. She was able to train amongst the best young female footballers in Australia as well as receiving quality personalized coaching. She now knows what is expected at the national level and is excited to get back to Barcelona and work hard to keep improving her game and to secure a position in the national team in years to come.
06/01/2018
WOW!!! What an honour to be named in the same sentence!!! It was the beginning of the new year and a trial game for Cabrera to allow the new coaches to continue building momentum into the first game of 2018. While the game achieved its aim the WOW came before the game when Senior coach Javier spoke with Natasha and told her that she has the best touch of any player he has ever coached (in over 17 years of coaching football in Barcelona, Spain) and he thinks Natasha plays like Andres Iniesta, as though she has the ball on a string. What an absolute honor to even be mentioned in the same sentence as such a phenomenal and talented football player like Andres Iniesta. It is the opinion of many football experts that Andres Iniesta has one of the best touches in world football. Keep up the hard work Natasha as the results are coming and people are beginning to notice.
​27/08/2016
Natasha continues to make improvements with her speed both technically and physically and is fast becoming one of the fastest female players in world football

September  2014
Natasha is selected to play with Espanyol Infantil A team and has an outstanding season and makes huge improvements to her game with the help of her coach Jaume.

​August 2014
Natasha moves with her family to live in Barcelona and she is invited to train with FC Barcelona. Her coach at FC Barcelona (Alberto) really likes her football brain and skills but also notices her speed and strength and is super impressed but the team was selected 2 months earlier so he could not select Natasha but he organizes for Natasha to play with a feeder team.

​June 2012
Natasha has a great trial with Valencia CF Femenino and is selected for their Infantil (U13) team. Not only is she selected for the infantil team but she is selected in the Infantil A team meaning she was selected to play up a year which only occurs for players who are identified as special talents