Another very enjoyable season although a somewhat frustrating season to watch such a talented team produce inconsistent results as they allowed their nerves and errors to influence too many of their game results.

The pre-season started in mid August 2018 and again Natasha fielded many requests to play in various teams in the U19 first division however she decided to play with La Roca due to the talented team, quality field and friendly coaching. As mentioned above, the season was quite frustrating by the inconsistent performances and fundamental defensive errors that often cost games. The U19 first division in Barcelona is a very intense competition and small errors can often be very costly and La Roca had a period where it seemed to occur weekly. For example, they drew with FC Barcelona at Barcelona´s home ground 0-0 early in the season and then were very unlucky to lose 0-1 to FC Barcelona in the return match. Then they would produce a result like 1-1 with last place. These inconsistent performances resulted in a finish in the standings that did not truly represent the talent that existed within the team. The highlight throughout the season was the La Roca midfield as they dominated nearly every team in the competition nearly always producing more attacks on goal then their opposition.

Natasha had another great season as she embedded herself as one of the outstanding players of the competition. She was often targeted by the opposition teams as the player they needed to shut down however she still managed to play outstanding football in most games. She refined her technical skills and game awareness and made small improvements in her physical capacities too. Her dribbling game and penetrating passing game also made significant improvements.

She scored 14 goals had 14 assists and too many key passes to count across all competitions. She traveled over 1,000km in total during training and games, lifted over 30 tonnes of weight with her gym training, hit a new personal best in every exercise in the gym with the most impressive being the 170kg single leg partial squat and in the last 5 seasons she has played 39, 42, 44, 52 and 53 games respectively without a non-contact injury. Which is extremely impressive considering the collisions and the leg chops she receives in nearly every game.

Natasha finished the season playing in the Donosti Cup 2019 with the Futfem A team who made it to the semifinal only to be knocked out by Madrid Cff A team because the team tried to protect a lead, which never works. Natasha played fantastic football with virtually all her touches being good touches, only missing 4 passes in 6 games, having 3 shots at goal and scoring a cracking header goal in the round of 16 against the Spanish Federation team and 100% of her shots were on target. Above all that, her defensive work was incredible as she forced turnovers or won balls an incredible amount of times. Overall a great experience for her. 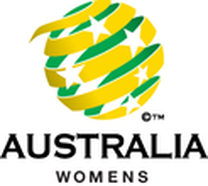 Natasha has slightly more than one week of rest remaining as she will begin her pre-season training at the beginning of August which is 2 weeks earlier than her team training but it is also what she usually does. She is expecting to be faster, stronger and more technical than ever leading into this season and this season will be an extremely long season as the Catalunya Federation has added 2 more teams to the U19 first division competition taking the first division to now include 18 teams and the pre-season already has 4 trial games penciled in.